Because why waste your time reading or listening to anything less than great?

Here’s one I’m reading now with a group of friends at the Columbus Center for Spiritual Living where I worship. I think you’d enjoy reading this book if you want to re-map your brain to lean toward happiness instead of negativity.

I’m not calling you negative…I’m just saying that we’re all predisposed for it. All of us! Even Pollyanna!

It’s a good read with a lot of solid commonsense ideas with scientific background…which many of us like to have so we can misquote it to our friends when we recommend that they read this book.

Remember, I am an Amazon Associate which means if you click and buy here…you’re helping a not-starving writer fund her addiction to blogging!

As far as the listening portion of this post goes…let’s stick with our theme of happiness, okay? And who’s the happiness guru-ess? That’s right, Gretchen Rubin!

I do not listen to Gretchen religiously, but I do think her podcast is light, filled with talk that spurs my own thinking about how I define happiness for myself, and entertaining.

Here’s a link to Gretchen’s podcast, but if you use a different platform for your podcasts, just put the name in that app to pull it up. 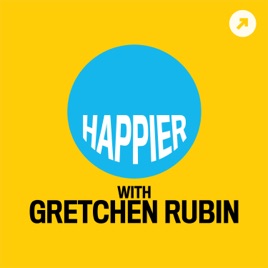 I won’t even claim to know anything about platforms and apps and all things technical that allow you to listen…very much like my inability to tell you how Netflix works…only that I push a button on my remote and I’m HAPPIER!!! Wanna know what I’m binge-watching this weekend?

The Story of God with Morgan Freeman

I don’t know why but the Edwin Starr song WAR is my current earworm…just began playing when I typed the title and I suppose you could interchange those two words:

FEAR, huh! What is it good for?

Winnie-the-Pooh and Piglet too…

Except, technically, that isn’t true. Fear is not evil, harmful, or bad in and of itself. It’s value-equal with joy, shame, happiness, guilt, anger, calm…and any other emotion we human beings experience.

The emotion itself is neutral.

Our reactions to the emotion are what can cause positive or negative consequences.

Fear can create reactions that keep us safe…like staying back from the edge of the Grand Canyon where there are more deaths from falling than you might think. (In 2012, the count was 685 with two or three deaths added each year.)

But if we let fear keep us from ever SEEING the Grand Canyon, then we’re letting it limit our lives.

I’ve been to the Grand Canyon once in my life…on my honeymoon. My crazy husband could, and did, lean out over the rim of the 6,000-foot drop and was lucky enough to NOT experience a dizzy spell, slip on loose gravel, get pulled off balance by a gust of wind, all of which have been reasons for GC deaths.

I never made it closer than 15 feet from the edge. I saw the brilliantly colored layers of rock glisten in the Arizona sun while remaining at a distance that kept my fear at bay.

Adrenal junkies may test their fear by hang-gliding off the edge or flying across it on a jet-packed motorcycle, but I feel fairly proud of myself for just getting out of the car.

In my life I’ve known a LOT of fear:

Once I told a friend that I was like Piglet in the Winnie the Pooh books; afraid of anything and everything. She said that made me one of the bravest people on earth.

Because I challenge myself to get uncomfortable, even through the fear. If you are never afraid, you don’t have the opportunity to be brave. Pooh told Christopher Robin:

You are smarter than you think,

stronger than you believe,

and braver than you feel.

I go back and forth on whether or not I believe her…or Winnie the Pooh, a bear of little brain, but most days, I choose to believe them both. And why not? To believe I’m brave gives me the ability to face my fears and do it anyway. If I believed that I am a coward, I’d act like I’m a coward and then fear would be the boss.

The Loving Wisdom of Molly Cameron

Last Sunday at the Columbus Center for Spiritual Living, Rev. Molly Cameron talked about fear. She talked about how limiting it can be when we allow it to push us around and she gave us a great acronym for fear that is the antidote to fear:

Here’s how it happens according to Molly:

You don’t deny your feelings or shift them to the bottom of your to-do list. Feelings give us valuable information that we MUST pay attention to if we want to make effective and productive decisions. When we feel fear, there’s a reason. Don’t ignore that. Feel everything…even the negative emotions that can rain on a great parade.

Start with your head:

What do you think about this fear? Is it rational/irrational? Is it there as a caution light or a stop light? Am I feeling afraid because of the Grand Canyon or afraid of falling?

Move to your heart:

Is this true? Is there evidence this is true? What’s my heart saying? Do I want to see the Grand Canyon? Will I regret staying in the car?

Then to your soul:

What do I truly believe will be the highest vision for my life? What actions will be a lighthouse for others? How does this all fit into my purpose?

Release it to your higher power. By this point, the fear has dissipated; the rational part of your brain is back in charge.

You can decide to stay in your car if that’s what ration is telling you…as I said, I got out of the car but stayed back far enough from the rim that I could actually enjoy the vision of natural beauty that was in front of me without worrying about vertigo, a major gust of wind, or a bout of the ‘klutzies’.

A braver person might have walked to the edge.

Be Braver than you Feel…

If this is a topic that speaks to you, practice Molly’s process this week in the privacy of your own head, heart and soul.

When you feel afraid, ask yourself what your first thought was before the fear crawled up your spine. That thought will point you toward what you’re REALLY afraid of…and it probably isn’t the 6,000-foot ditch in the middle of America.

Tap into your heart’s wisdom. Is that something I really believe? Is there evidence for it? Will being close to the Grand Canyon cause me to absolutely fall? Will a great gust of wind? Vertigo? Slipping on loose gravel? Well, there’s evidence for those things. Will I regret missing the vision if I stay in the car? Yes.

Get in the spirit…what is it you believe is part of your purpose? What’s your highest vision for your life? I have a passion for travel, so to be in the parking lot of one of the Natural Wonders of the world and NOT get out of the car would go against the learning from experience that I believe is part of my purpose.

This fear was a caution light for me…and once I took precautions, I could enjoy the wonder this site had to offer.

I’ll never forget standing fifteen feet from the Grand Canyon; the oranges, reds, golds illuminating the space between the bottom and the soft blue of the Arizona sky. I’ll always remember the insights gained there as I stood mesmerized by a 6,000-foot ditch made by the power of water, a power I knew about from physical science classes and could now feel in the deepest part of my heart. Water, that keeps us alive, relaxes us with its rhythms and fascinates us in its flexibility; reflects back to us the images of heaven in diamond sparkles on its surface; holds us in its arms as we trust in the science of buoyancy.

That same water is one of the most powerful forces on earth.

I doubt I would have seen all that from the car.